A young man's life is unraveled after witnessing a murder that he filmed in his rural town of Cut Bank. 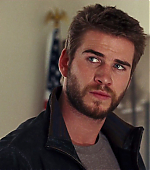