Your Source For The Australian Actor
Liam Hemsworth Projects

Crowe will play Reaper, an Air Force drone pilot supporting a Delta Force special ops mission in the South Philippines. After the mission goes terribly wrong, he has 48 hours to remedy what has devolved into a wild rescue operation. Hemsworth will play the green air controller who is thrust into the middle of a high-stakes extraction which involves no weapons and no communication other than the drone above.

Written by David Frigerio and Will Eubank (Paranormal Activity: Next of Kin) and directed by the latter, the film is due to start principal photography in September in Australia.

Three-time Oscar nominee Crowe is currently in post-production on his second directorial film Poker Face, a crime-thriller he also stars in alongside Liam Hemsworth. He will next be seen in Taika Waititi’s Thor: Love and Thunder, and Netflix’s The Greatest Beer Run Ever, directed by Peter Farrelly.

Will Eubank most recently directed Paranormal Activity: Next of Kin for Paramount Pictures. Twentieth Century released his previous film, Underwater, starring Kristen Stewart, and produced by Chernin Entertainment. His second feature, The Signal, debuted at Sundance and was picked up by Focus Features.

“Working with such talented actors as Russell and Liam is a dream come true. They are both incredible performers who will showcase the powerful sense of brotherhood between the two lead characters,” said Highland Film Group CEO Arianne Fraser.

“Will and David have crafted a tense and compelling story full of suspense and intrigue. With Will at the helm, we are thrilled to be working with this uniquely talented filmmaker,” added Highland COO Delphine Perrier.

“I am thrilled to work with Russell and Liam and couldn’t be more grateful to this whole team in helping bring this project to life,” commented director Will Eubank.

“I couldn’t be more stoked to be making this timely film especially with my good friend Will Eubank piloting the ship. I am beyond excited to watch Russell and Liam bring these characters to life. Buckle up!” added writer-producer David Frigerio. 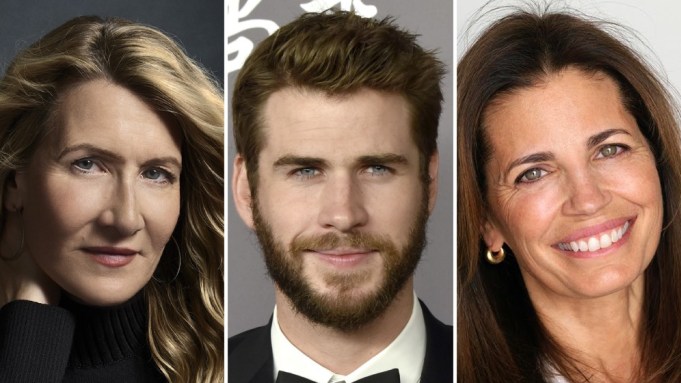 DEADLINE – Laura Dern (Jurassic World Dominion) and Liam Hemsworth (Poker Face) have signed on to star in the film Lonely Planet, which Susannah Grant (Unbelievable) is writing and directing for Netflix.

Lonely Planet is billed as a love story set in Morocco. Specifics with regard to its plot are being kept under wraps. Grant is also producing alongside Sarah Timberman and Liza Chasin for 3dot Productions, with VP Studio Film Kira Goldberg serving as creative lead for Netflix.

The film continues the creative partnership between Netflix and 3dot, which has thus far produced the streamer’s upcoming thriller series, Anatomy of a Scandal, based on the book by Sarah Vaughan. 3dot entered into a multi-year, first-look film deal with Netflix in 2019, with adaptations of Taylor Jenkins Reid’s bestseller The Seven Husbands of Evelyn Hugo and Diane Cardwell’s memoir Rockaway also upcoming.

Grant is an Oscar- and three-time Emmy nominee who has also been recognized over the course of her career with two WGA Awards, along with noms at the BAFTA Awards, the Gotham Awards and the PGA Awards. She previously served as the showrunner, writer, director and exec producer for Netflix’s acclaimed limited series Unbelievable, also writing and directing the 2006 drama Catch and Release, starring Jennifer Garner, Timothy Olyphant and Kevin Smith. Grant has also written or co-written films including The 5th Wave, The Soloist, Charlotte’s Web, In Her Shoes, Erin Brockovich, 28 Days, Ever After: A Cinderella Story and Pocahontas. She created the CBS medical drama A Gifted Man with Patrick Wilson, and also wrote for Party of Five. Also in the works from the multi-hyphenate is the FX series Fleishman Is in Trouble, which she is exec producing.

Hemsworth is an Emmy nominee who has appeared on the film side in Isn’t It Romantic, The Duel, Independence Day: Resurgence, all four Hunger Games pics, The Dressmaker, Empire State, The Expendables 2, The Last Song and more. His TV credits include Most Dangerous Game and The Elephant Princess. He’ll next be seen in Poker Face, Russell Crowe’s second narrative feature as director, in which he’s also set to star.

by admin
Comments are off
Interview Liam Hemsworth Projects Video

Access Hollywood looks back on their interview with Liam in honor of the 10th anniversary of the release of The Hunger Games in theaters this week.

by admin
Comments are off
Liam Hemsworth

On behalf of myself, The Liam Hemsworth Network visitors, and the rest of Liam’s fans, I would like to wish him a very happy 32nd birthday! We all are wishing you a great year full of happiness, joy, love, luck, success, health and peace. And most importantly, thanks for being such an amazing person and inspiration to all of us. 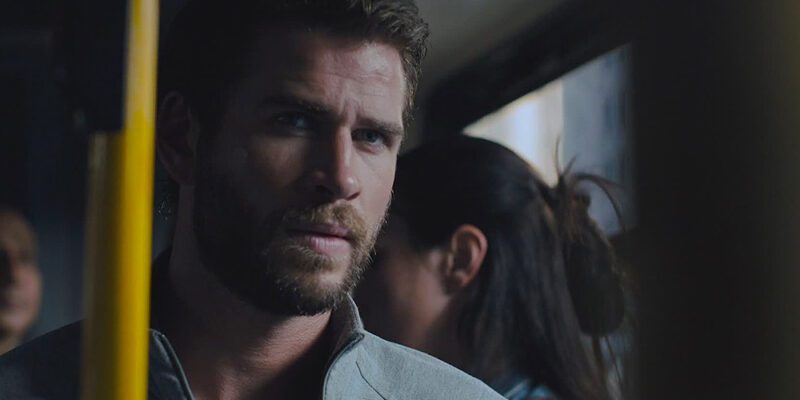 The 57-year-old actor, who is close friends with Chris Hemsworth, has kept his casting choices close to home, adding Chris’ wife Elsa Pataky and his younger brother Liam Hemsworth to the film’s cast.

According to Saturday’s Confidential, ‘both the youngest Hemsworth and Pataky have quietly been added to the cast of the flick with Crowe.’

Oscar-winning actor, Russell, who will direct as well as star in the film, has already has picked out several iconic locations for the film’s set pieces, according to the Daily Telegraph.

At the time, the publication reported that one of the movie’s sequences will feature a high speed car chase inside the Harbour Tunnel.

Also being showcased in the film will be the $140 million penthouse atop James Packer’s Crown Residences and ‘a sprawling Point Piper mansion overlooking Sydney Harbour’.

The rest of the film will likely be shot at Moore Park’s Fox Studios.

While the movie was originally set in Miami, Florida, Crowe has reportedly demanded the film be filmed and set in Sydney.

The New Zealand born star wants ‘to show people just how stunning and world-class Sydney is,’ according to the newspaper’s sources.

According to Deadline, Poker Face tells the tale of a tech billionaire called Jake (played by Russell) who gathers his childhood friends to his estate for what turns into a high stakes game of poker.

‘Those friends have a love hate relationship with the host, a master game-player/planner, and he has concocted an elaborate scheme designed to bring a certain justice to all of them,’ Deadline reports.

‘However, Jake finds himself re-thinking his strategy when his mansion is overtaken by a dangerous home invader whose previous jobs have all ended in murder and arson.’ 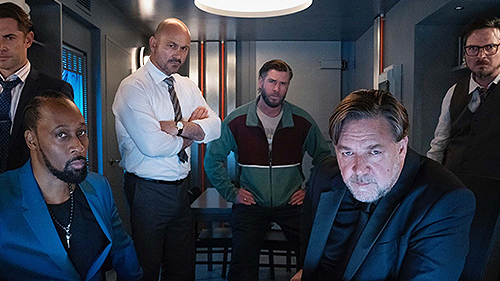